Enpower-FTZ offers investors the benefits of huge business opportunities from a potential market of 1.033 billion people on the African continent, the second-largest and second most populous continent on earth with 54 recognized sovereign states and countries, 9 territories and 2 de-facto independent states. Enpower- FTZ gives access to markets covered by the Economic Community of West African States, ECOWAS, the thriving Nigerian market, (the largest economy in Africa) and a direct unparalleled connection to the untapped industrial heartland of South-Eastern Nigeria, home to the Onitsha, Nnewi and Aba industrial centres. Business activities and opportunities for investment available in the Enugu Free Trade Zone include:

Our Objectives and Vision

Enpower-FTZ is made up of two integrated free trade zone areas;

The Enpower Ninth-mile Industrial Park & Free Trade Zone, with over 400 hectares of land available for lease.

You can access a range of products and support services within the zone specifically designed to meet a variety of business needs.

These products and support services range from basic import and export processing, flexible and permanent offices available for lease, shared and dedicated warehouse space and stacking areas for temporary and permanent storage of goods, virgin plots of various sizes for short and long-term lease, ideal for companies interested in constructing their own facilities.

Such dedicated plots vary in size from 5,000 square metres depending on the 4 status of Free Trade Zone Establishments (FTZE) and Free Zone Companies (FTZC) registered to operate within the zone.

The infrastructure commitment and support services that will be provided by Enpower-FTZ to investors in the zone include: A modern internal road infrastructure with street lights and drainage;

24 hour security and monitoring services within the free zones; 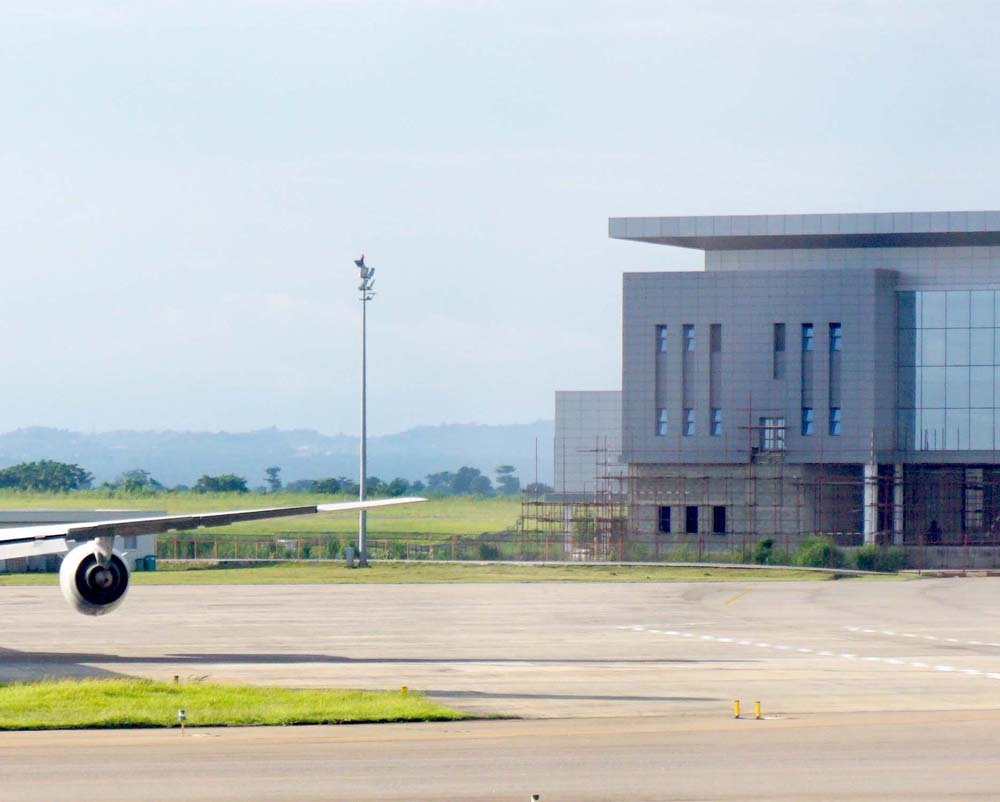 Serve as an important investment destination for Coal and energy related industrial activity.

To provide opportunities for investors in Coal conversion technologies and related industries to take advantage of the abundance of Coal deposits in Enugu, Nigeria.

Enugu, the capital of Enugu State, with a population of about 700,000 people, is one of the most peaceful cities in Nigeria. The State Government has made major invest- ments in infrastructure (roads, power, wa- ter, etc) over the last seven years, making the city the choice location for business and recreation.

The word "Enugu" (from Enu Ugwu) means "the top of the hill". The first European set- tlers arrived in the area in 1909, led by a British mining engineer, Albert Kitson. In his quest for silver, he discovered coal in the Udi Ridge. The British colonial governor of Nigeria at the time, Frederick Lugard took a keen interest in the discovery, and by 1914 the first shipment of coal from Enugu was exported to Britain. As mining activities in- creased in the area, a permanent cosmo- politan settlement emerged, supported by a railway system linking the coal fields with the Port Harcourt sea port.

Enugu has good climatic conditions all year round, located at 223 metres (732 ft) above sea level. The average temperature in Enugu is cool to mild (60 degrees Fahr- enheit) in its cooler months and gets warm to hot in its warmer months (upper 80 de- grees Fahrenheit) Enugu is approximately a 2-hour drive to any part of south-eastern Nigeria. It is a 2-1/2 hour drive from Port Harcourt, Cala- bar and Warri. These are oil-rich coastal cities with major shipping ports. Enugu is also located within a 1-hour drive from Onitsha and 2-hour drive from Aba and Nnewi, which are major commercial cen- tres in Nigeria.

The Akanu Ibiam International airport in Enugu serves as the major local and in- ternational gateway to the south east.

Enugu made history in 2014 as the only Nigerian city among 35 cities from across the globe invited to join the 100 Resilient Cities Network (100RC) pio- neered by The Rockefeller Foundation, New York.

The choice of Enugu was predicated on the transformation of the road network in the city. Enugu was chosen from nearly 350 applicants on the basis of its ability to "demonstrate a unique vision for resil- ience, a long-term commitment to cutting across levels of government and sectors of society, a special attention to the needs of the poor and vulnerable."

Other cities that made the list in 2014 are Kigali (Rwanda), Accra (Ghana) and Arusha (Tanzania), Barcelona, London,Paris, Boston, Chicago, Amman, Sydney and Singapore.

Customs, Immigration, regulatory, standards and security authorities shall be co-located within the Enugu Free Trade zone to process exclusively, all goods and materials and personnel coming into or going out of the customs areas defined by the zone.

Enpower-FTZ has adopted the Triple Boom Line (TBL) framework for measuring and reporting corporate performance against economic, social and environmental parameters for all stakeholders. This will involve monitoring compliance and reporting on sustainable development highlighting performance in health, safety and environment (HSE) as well as corporate social responsibility initiatives and governance using global best practice reporting standards and guidelines.

Enpower FTZ therefore strives to design its facilities and conduct its operations in such a manner as to avoid any adverse impact to human health and to operate in an environmentally safe, reliable and efficient manner.

The following Corporate Social Responsibility (CSR) programs for host communities impacted  by  the Enugu Free Trade zone have been adopted :